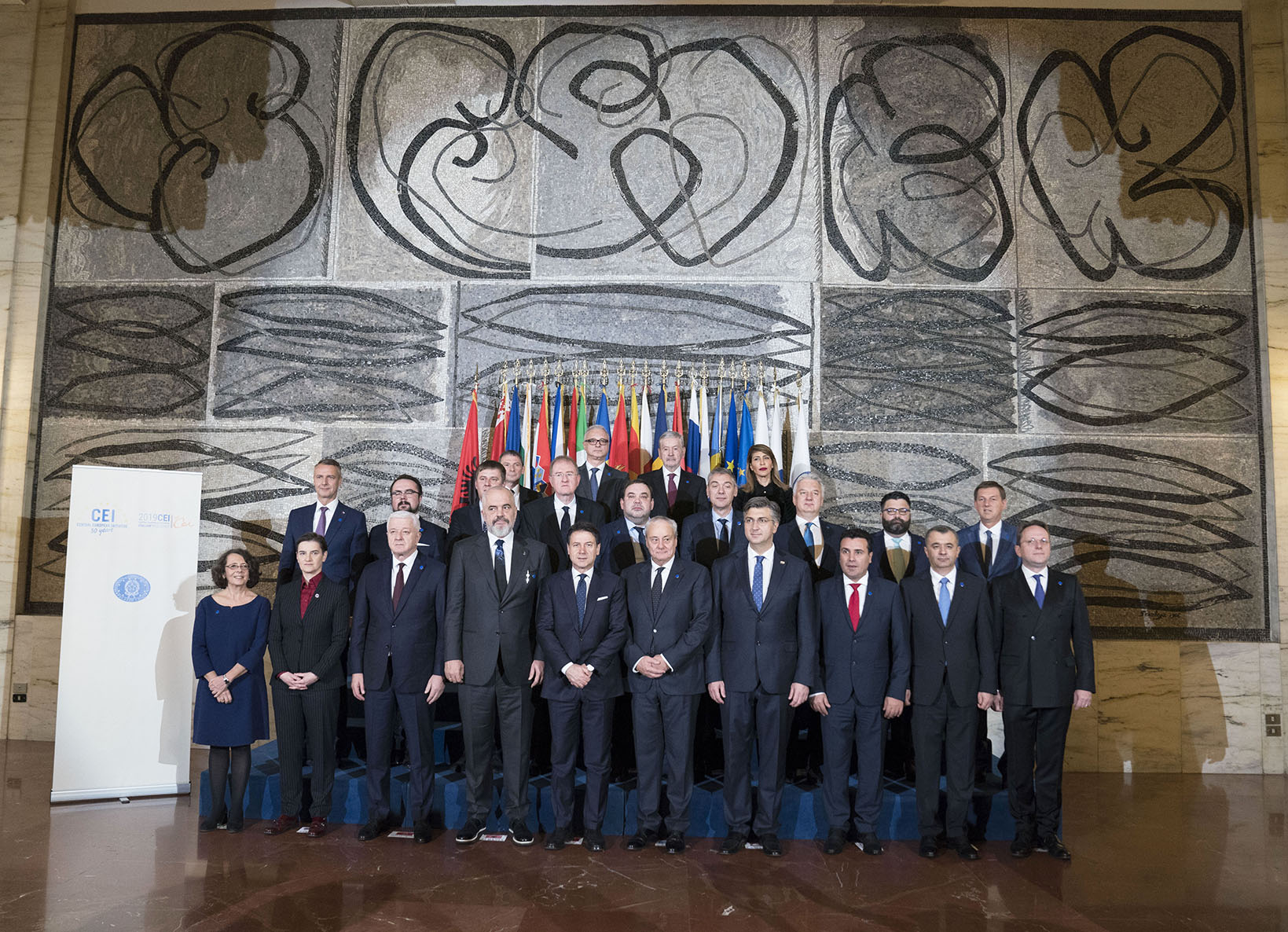 The Heads of Government of the Central European Initiative (CEI) Member States as well as high-level representatives of international and regional organisations and institutions met in Rome, at the premises of the Italian Foreign Ministry, on 19 December 2019 for their annual CEI Summit - the top political event in the framework of the Initiative marking the final phase of the Italian CEI Presidency.

The event was chaired by Prime Minister of the Republic of Italy, Giuseppe Conte, in the context of the topic “European integration, regional cooperation and business opportunities”.

In this context, Prime Ministers discussed the current challenges the region was facing, in particular with regard to the “EU Enlargement Fatigue”. They stressed that European integration was vital for strengthening the stability, prosperity and unity of the continent. Likewise, they also discussed how to boost economic integration, a complementary process to European integration, opening up to increased business opportunities and conducive to competitive market economies.

AII Secretary General, Amb. Giovanni Castellaneta was also invited to participate to the Summit as representative of a regional organization, clearly sharing the same objectives as the Central European Initiative, namely to facilitate the integration process and to promote economic growth and prosperity in the region through concrete cooperation activities. In this regard, AII SG expressed deep disagreement and disappointment over the failure to agree on opening EU accession talks with Albania and North Macedonia.

He assured that the AII and its Permanent Secretariat will act to continue to be an essential tool for fostering regional cooperation by further enhancing policy dialogue among the ten AII Participating Countries, continuing to support the European aspirations of the Western Balkan countries, thus representing an impetus to the enlargement and integration process.

Amb. Castellaneta further reminded participants that next tear (2020) it will be held in Ancona the 20th  Anniversary Celebrations of the AII on April 20-24.

The Summit also marked the transfer of the CEI Presidency from Italy to Montenegro, effective as of 1 January 2020.