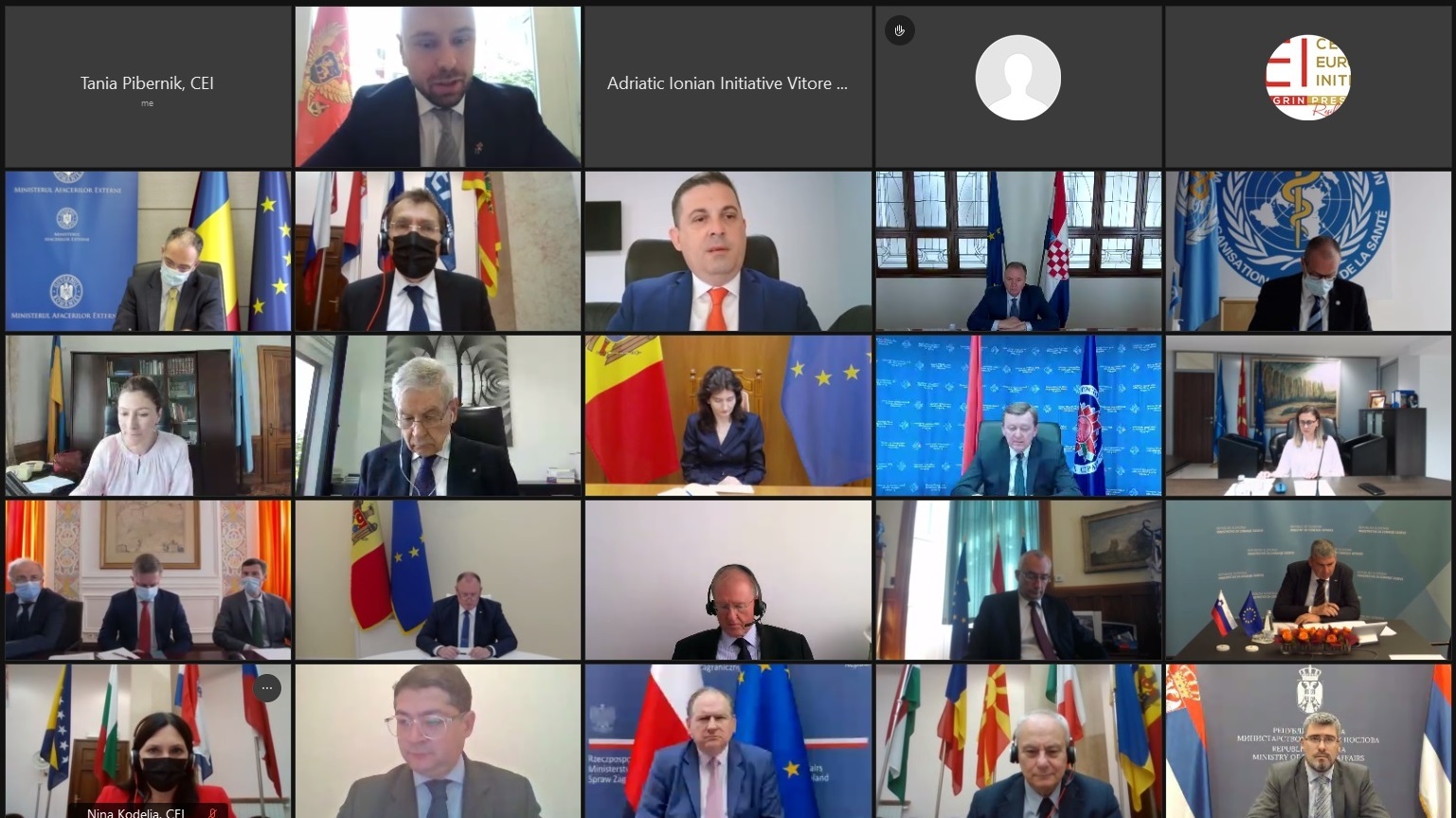 The annual Meeting of the Ministers of Foreign Affairs of the Member States of the Central European Initiative (CEI) was held via videoconference on 23 June 2021, under the Montenegrin CEI Presidency and in cooperation with the CEI-Executive Secretariat.

Foreign Minister Đorđe Radulović - who opened the meeting under the Montenegrin CEI Presidency  - underlined that regional cooperation seemed to be the most powerful tool in fighting the impacts of the COVID-19 and that the CEI’s solid support was crucial especially concerning the EU perspective of the Region.

The Ministers committed to the need to a constructive dialogue, solidarity and re-engagement to address the challenges and the European perspective of the region. The Ministers then touched upon the key steps and processes with a potential to speed up the EU accession of the Western Balkans, and on the need to increase relations with the Eastern Partnership countries, based on shared values and standards.
In light of the ongoing challenges posed by the COVID-19 pandemic, participants also stated that working together to better respond to threats through reinvigorated and effective multilateralism, also at the regional level, was crucial.

AII Secretary General, Amb. Giovanni Castellaneta was also invited to participate to the meeting as representative of a regional organization, clearly sharing the same objectives as the Central European Initiative, namely to facilitate the integration process and to promote economic growth and prosperity in the region through concrete cooperation activities. Amb. Castellaneta recalled the Memorandum of Understanding signed by the two Initiatives in the occasion of the Adriatic and Ionian Council, held in Budva on May 8th 2019 (under the AII Montenegrin Chairmanship) and the call for ideas “Active Young Citizens for Sustainable Development in Central European Initiative and Adriatic Ionian Initiative Areas” realized in cooperation with the CEI Executive Secretariat.

Amb. Castellaneta also informed participants about the ongoing AII/EUSAIR Albanian Chairmanship and further stressed how the AII will continue to be a tool to promote the European integration of the Western Balkans countries.