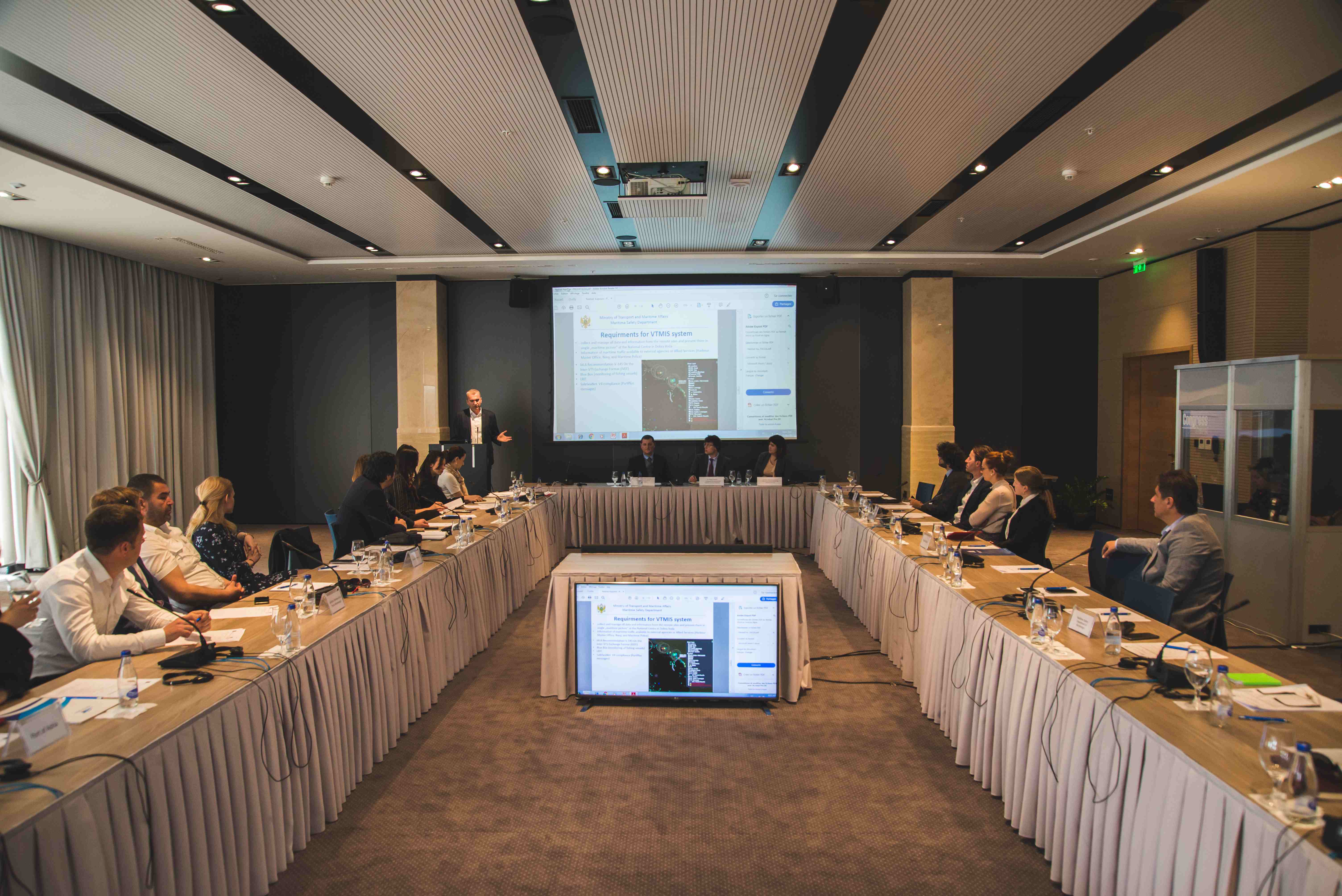 ROUND TABLE ON TRANSPORTS - APRIL 24, BUDVA

The Round Table on Transports, organized by the Ministry of Transport and Maritime Affairs with the support of the Adriatic and Ionian Initiative Permanent Secretariat, took place in Budva on April 24th within the framework of the Montenegrin AII Chairmanship.

The focus of the Round Table was on the connectivity of the ports and monitoring of maritime traffic, including the development of the traffic network between ports in the Adriatic-Ionian region, as well as on the improvement of port infrastructures and services.

The Director General of the Ministry of Transports and Maritime Affairs (Directorate for the Maritime Economy), Maja Mijišković pointed out that "as President of the AII, Montenegro intends to continue to promote good neighbourly relations and regional cooperation in order to further promote the development and growth of this region through the strengthened role of the AII and the EU Strategy for the Adriatic-Ionian Region. Also, one of the goals of Montenegro's Presidency of the AII is to focus on promoting joint activities in the maritime economy and maritime traffic”. Furthermore, she emphasized that the Adriatic and Ionian Sea is among one of the largest natural, economic and developmental resources, and it has the potential for the valorisation and promotion of common values ​​of the countries that surround it.

The Round Table was an opportunity to exchange experiences and best practises on Vessel Traffic Monitoring and Information System (VTMIS), Port State Control, pollution prevention and emergency response, cruise and nautical tourism development, port management and freight forwarding, port services, but also for disseminating European projects connected to these topics.

Filippo Alabardi from the AII Permanent Secretariat stressed that the Adriatic Ionian region has a great potential to further develop the ports connections and maritime traffic, thus benefiting a wide range of stakeholders in the area.

Director General for Maritime Affairs, Vladan Radonjić pointed out that today Montenegro is in a much better situation compared to five years ago, when the country did not have such a developed and high quality navigation systems, implementing also numerous international conventions on the topic. "We can rightly say that we belong to the European family when it comes to the achievements in navigation safety, ports security and the protection of the sea from pollution" Radonjić emphasized.